Chinese Vice President Xi Jinping wrapped up his five-day visit to the U.S. on Feb 17th at Staples Center, where he attended a Los Angeles Lakers-Phoenix Suns basketball game, where he was presented with a jersey with his name on it in the company of Lakers legend Magic Johnson, soccer star David Beckham and Los Angeles Mayor Antonio Villaraigosa. http://on.msnbc.com/xRbIb6 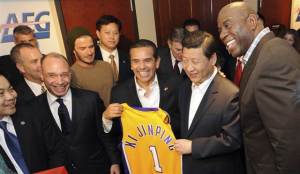 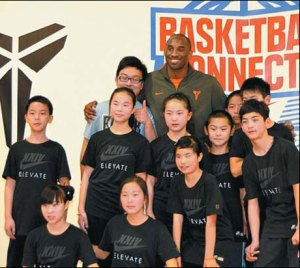 ‘Linsanity’ a Boon for NBA in China: The excitement surrounding New York Knicks point guard Jeremy Lin is providing a fresh impetus to the NBA’s lucrative China business in the wake of Yao Ming’s retirement. http://abcn.ws/zn4D6C

Yanqin "Carrie" Xu is a Shanghai native, currently living in the San Francisco Bay Area and working for the Pac-12 Conference as Senior Manager, International. She is very passionate about sports and international collaboration, and is doing her best to bridge sports between the US and China. Carrie holds an MBA degree from University of Southern California (USC) and has worked for Nike China and Nike International Basketball previously. She was also a Vice President at USC Marshall Sports Business Organization. She can be reached via email at Carrie.Xu@chinasportsbiz.com.
View all posts by Carrie Xu »
« Expert Interview with BDA Sports CMO – “Team Yao’s” Bill Sanders [Part I]