The opening ceremony of the Ninth National Ethnic Games

China’s national basketball team won Iceland by 80-66 in a friendly on Sep 10, one of the warm-up games for China ahead of the upcoming Asian Championship. It was the first victory for the team in nearly a month. Wang Zhizhi, China Center, said, “We need to drill better together but reducing injuries is crucial. We will play step by step in the Asian Championship. There are 9 games within 11 days. We must prepare for the worst. We are ready for criticism.” Click for more details. 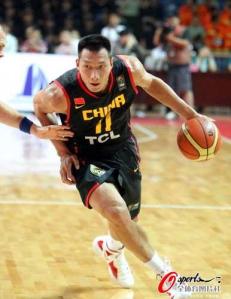 China's national basketball team faced Iceland in a friendly on Friday, one of the warm-up games for China ahead of the upcoming Asian Championship.

Yao Ming has refused the nomination given by “Basketball Hall of Fame” as the Outstanding Contributor through his agent. Zhang Mingji, director of Yao’s Team told reporters that Yao thinks it’s too early to give him this honor. Click for more details.

Twenty-four young Chinese footballers will head for Portugal for a two-year program at the end of this month. All the players, to be dispersed between eight or nine Portuguese second and third-tier clubs will take part in the country’s junior leagues this month after registering with the Portuguese Football Federation. Click for more details.

The Chinese women’s soccer team had a 1-0 loss to Australia in a qualifying match in Jinan, Shandong province, on Sep 8. It means that the team was eliminated from contention for a berth at the 2012 Olympic Games. Click to read more.

England’s Mark Selby came from 9-7 down to defeat Welshman Mark Williams 10-9 and won the Shanghai Masters title on Sep 11. Click for more details.

China’s 9th National Ethnic Games began on Sept 10, in Guiyang, the capital of Guizhou province. It will continue till Sep 18, with an ethnic group gala on Sept 15, and eight days of matches. There will be 129 winners, from 16 general competitiveevents, including the dragon-boat race, equestrian events, wrestling, and pearl ball. There are also 186 non-competitive demonstrations. Click here for more. 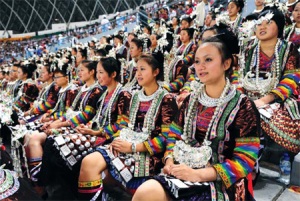 Spectators show up for the event dressed in their native costumes.

Yanqin "Carrie" Xu is a Shanghai native, currently living in the San Francisco Bay Area and working for the Pac-12 Conference as Senior Manager, International. She is very passionate about sports and international collaboration, and is doing her best to bridge sports between the US and China. Carrie holds an MBA degree from University of Southern California (USC) and has worked for Nike China and Nike International Basketball previously. She was also a Vice President at USC Marshall Sports Business Organization. She can be reached via email at Carrie.Xu@chinasportsbiz.com.
View all posts by Carrie Xu »
« Book Recommendation: “YAO: A Life in Two Worlds”
China Sports News Brief – Sep 25 »